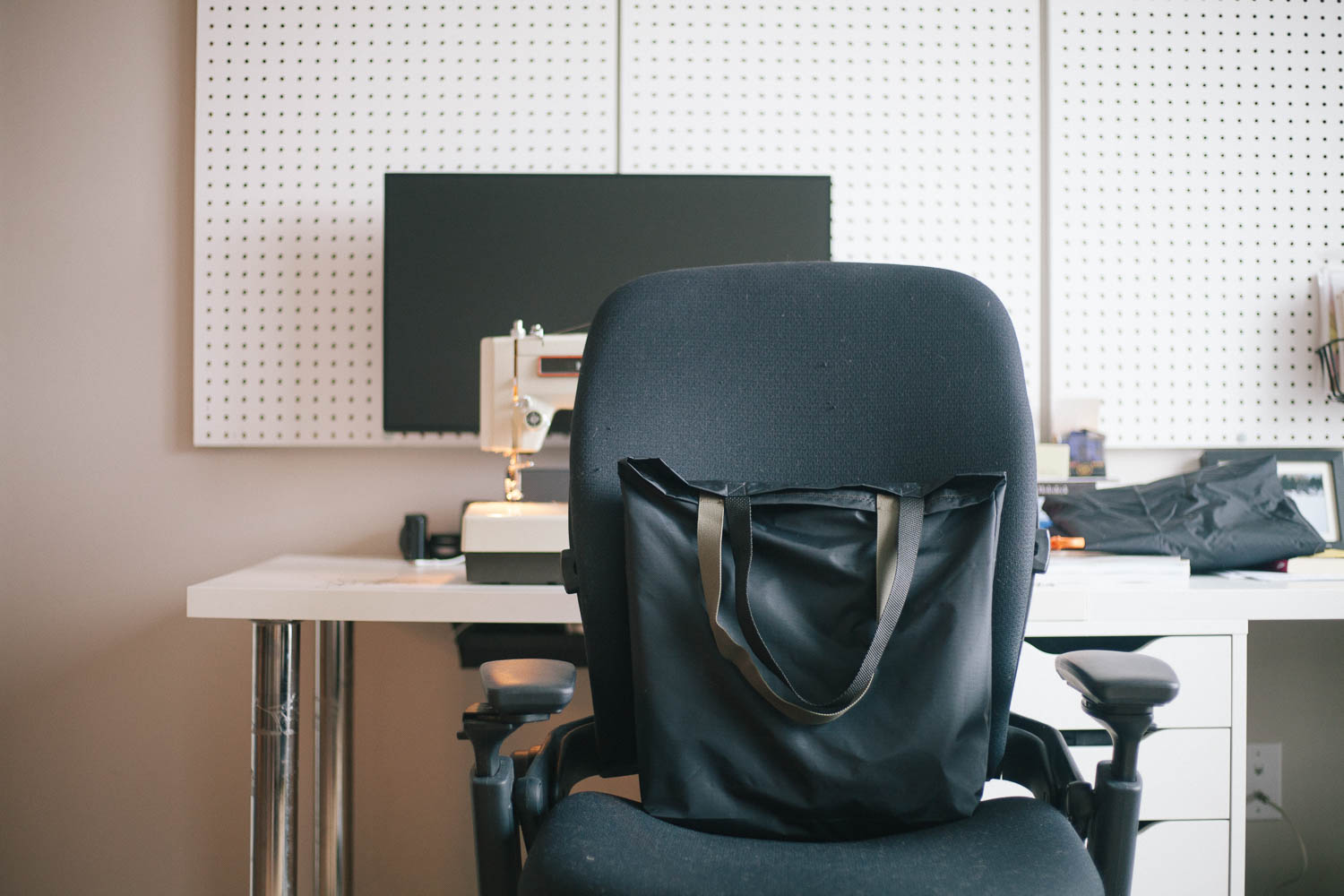 Earlier this year I was travelling a few times to NYC for work and wanted a bag that was a little less “optimized for cycling” while I was in a midtown office tower. I think it was around this time that SDR released their tote bag and, not having a tote or the time to order one, figured I could whip something up with the coated ripstop I had sitting around.

I explored a lot of different styles of totes but settled on a simple unlined tote with box corners. The dimensions and construction were mostly borrowed from the SDR tote. The inner pocket was salvaged from this other experiment and saved me some time. 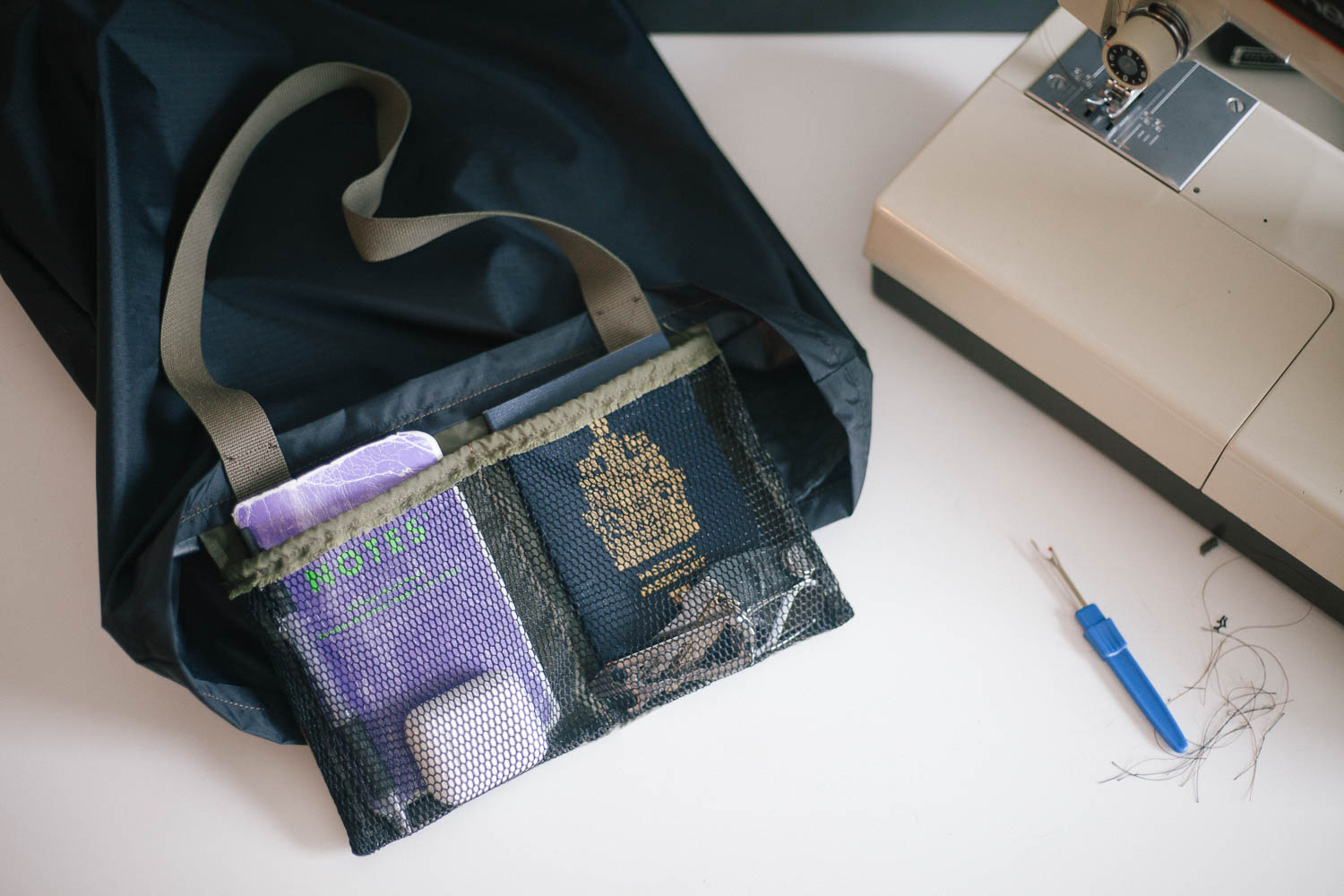 It doesn’t have any structure to it, so even though it’s a good volume for travelling and is water resistant, it also can pack down into other luggage or a backpack. There are a few things I would do differently next time though.