This weekend I made a thing called Portra. Take a photo, apply a filter, post to Twitter. It’s certainly been done before, but Portra is a proof-of-concept that combines iOS 6’s file uploads, HTML5 canvas and Twitter oAuth to do it in a web app. It’s being hosted on Heroku so you can try it out, and the code is up on GitHub. 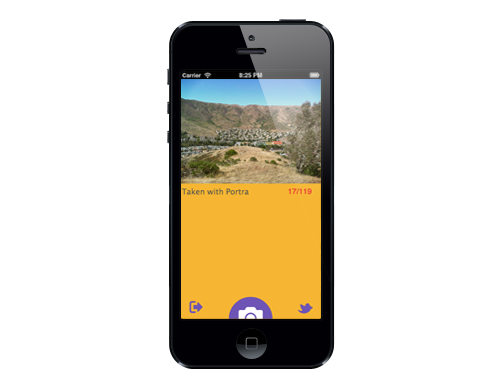 It’s really only designed to run on iPod touches or iPhones with iOS 6 (obviously). Anything else will get redirected to an about page. There’s probably some bugs, I’m okay with that.