The new Offscreen came in for the weekend, and I had gotten nos. 2 and 3 previously. I passed over Offscreen when it was first published because I’m really hesitant to buy things, especially printed things. I ended up ordering some when I saw no. 4 would include an interview with Loren Brichter (nerd crush, I guess). 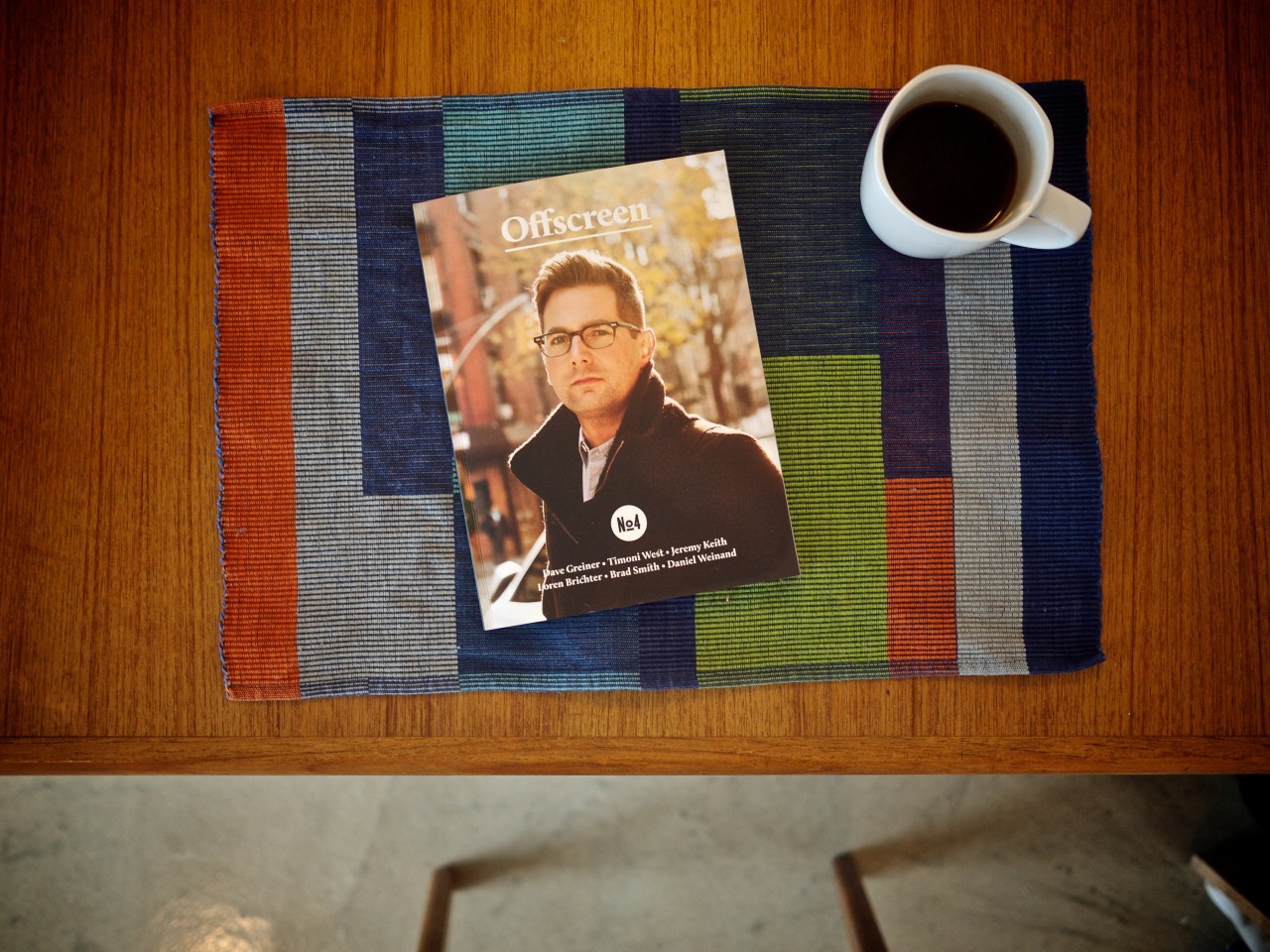 The three issues I’ve gotten have been better than I expected. It’s ad-free, save for a few pages in the middle to mention sponsors, and although being an easy read the interviews are very substantial. It’s nice to learn about the people and decisions behind some of the biggest products and services on the web, and Offscreen does a really good job of focussing on that. Lately I’ve been subscribing to Newsstand periodicals on my iPad but it can be even more relaxing to lay on the couch with some print. I’d go pick up the latest issues before they sell out.