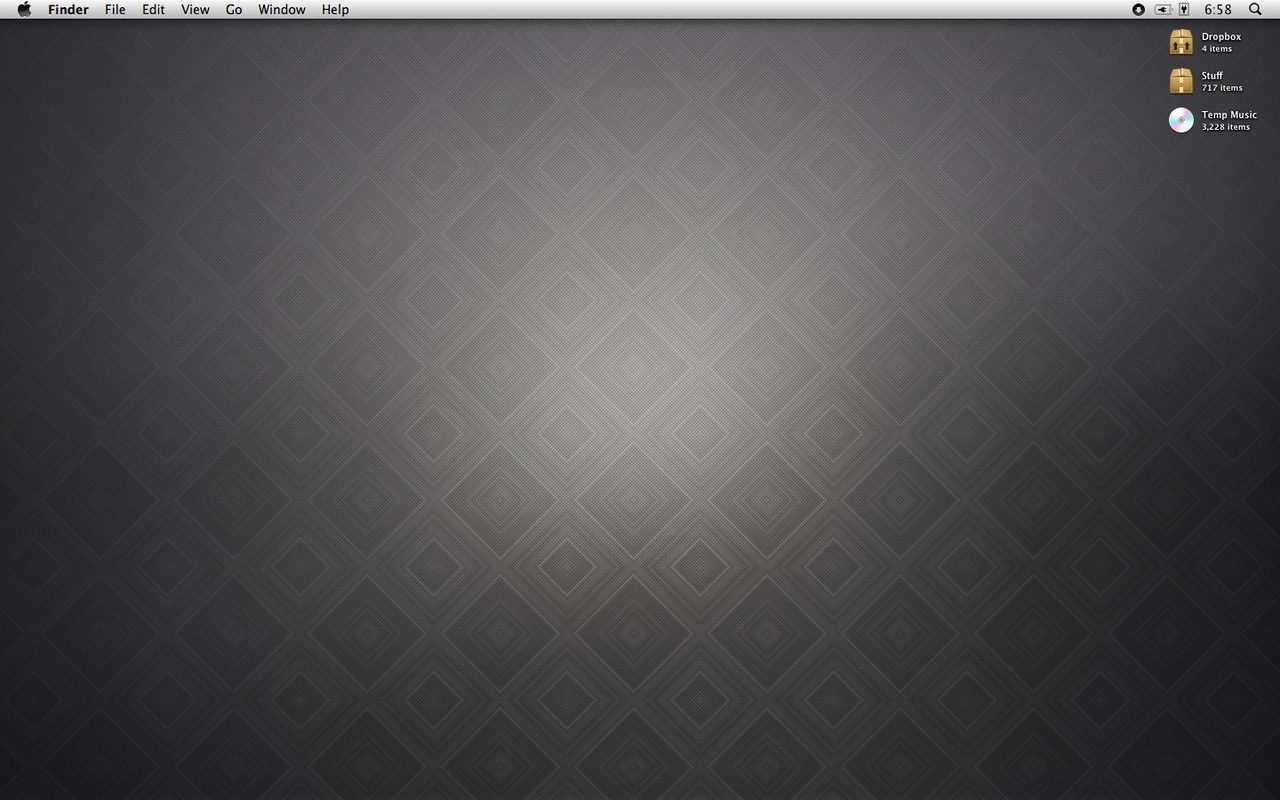 It’s looked like this for more or less the past year. The menu bar icons are Dropbox and battery/UPS status. I know there’s people who will cringe at those folders on the desktop, but they’re there because they’re easy to get to. Dropbox holds current projects for easy web access and backup with versioning. The ‘Stuff’ folder holds all of my inspiration images for easy drag and drop from Safari/NetNewsWire. The ‘Temp Music’ folder is relatively new and is a result of a bunk iTunes Library database and months old Time Machine backup. I took my iTunes Music folder and threw it on the desktop, and I’m only pulling out the music I want to listen to. It’s the same strategy that Marco suggested for getting rid of physical possessions, and so far I’ve gone from 200GB to 20GB of music. It’s sooo much easier than it would have been to crawl through my old library and delete things.>