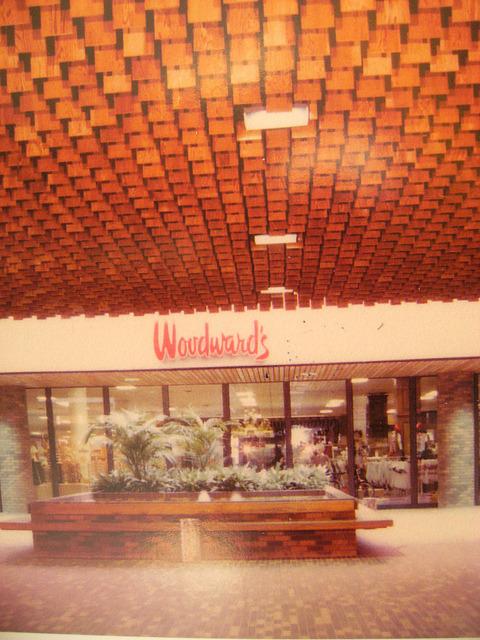 Some memories this quickly brings up: In the middle of the hallways, where kiosks now stand, there were small rides for children and ashtrays filled with a light grey-brown sand for smokers. There were a lot of these kind of stores: Woodward’s, The Bay, Eatons, Woolco, K-Mart. Most had a cafeteria within the store, and all had distinct logos. The color palette of everything was as shown, cream, brown, orange. Arcades existed and there were a lot of games about volleyball.

One of my earliest memories is walking by this store in the poorly-lit mall with my parents and asking them if the sign said “Woodward’s”. (It did.)